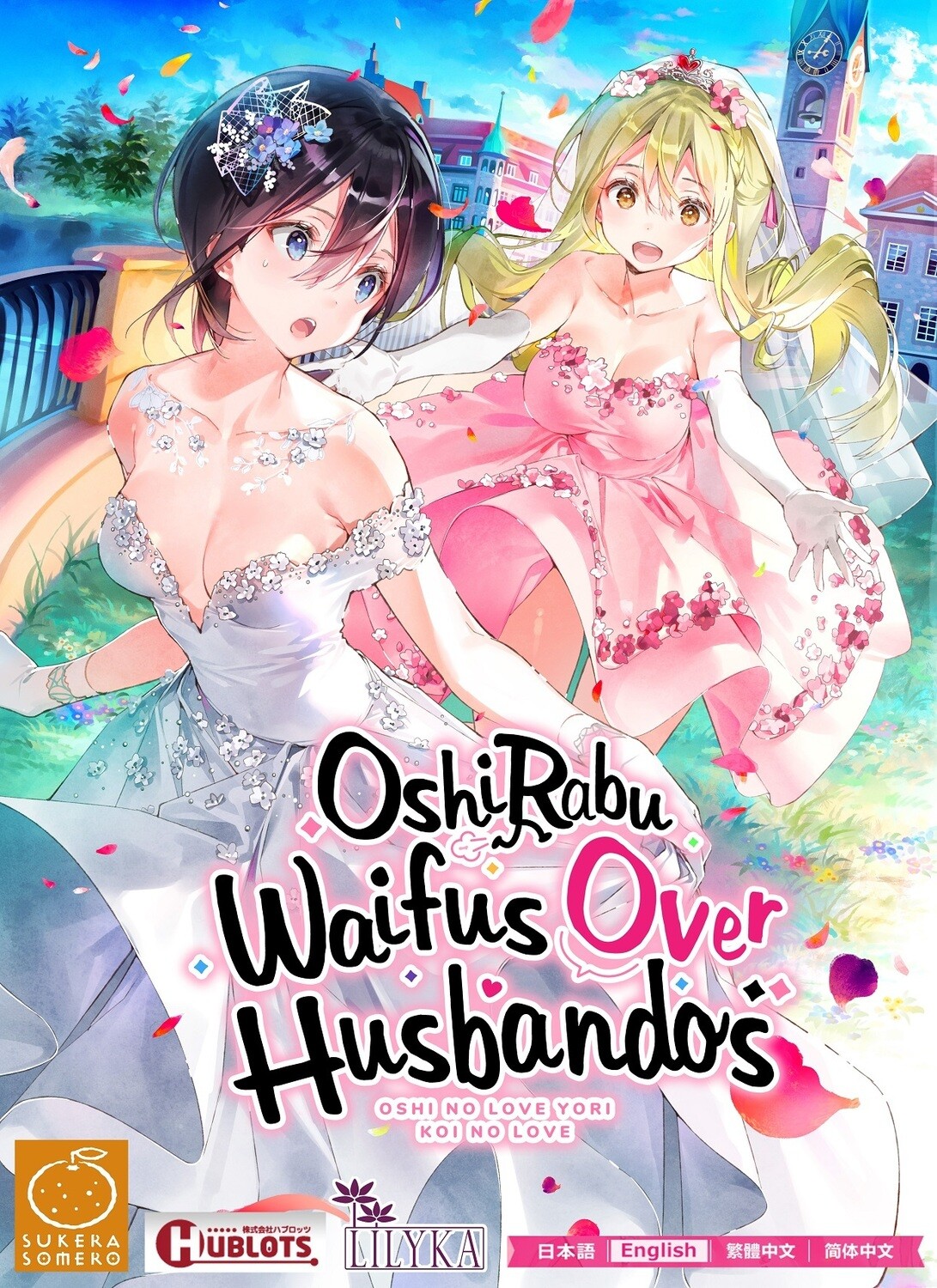 "--I wanna marry you." Those simple words set in motion a yuri game of cat and mouse!

In the story, an alien came down from space and extravagantly proclaimed her love to an Earthling man.
I never imagined that, decades later, I'd be living out that story for myself..."
Akuru Hayahoshi is an unlucky otaku office worker who just can't pull her husbando in the gacha game she's obsessed with, no matter how much money she throws at it.
Until one day, she runs into the garishly gorgeous and freakishly lucky Ren Furutachi.
A series of misunderstandings lead to a proposal, and Ren starts to full-on pursue Akuru.
One thing leads to another, and in order to bring her husbando home, she ends up... bringing Ren home?! Now they're sharing a house... and a bed?!
To unpresuming Akuru this cool, lady-loving girl might as well be an alien!
Akuru wants her husbando, and Ren wants Akuru as her waifu...

Are these two ever gonna end up together?!
Tune in to this slapstick yuri comedy to find out!

Putting the yuri spin on a staple of shonen manga
with a slapstick game of romantic cat and mouse.
2. Gorgeous yurilicious graphics
Character designs by the popular illustrator DSmile!
A tale of girl meets girl in vivid watercolor.
3. Spicy after story

Enjoy a naughty after story with the 18+ patch!

the yuri game studio behind "The Expression Amrilato" and "Folklore of Kudan".
The name comes from the Esperanto words for "sugary" (sukera) and "summer" (somero),
conjuring up images of sweet summer days with just a hint of spice
The brand's mission is to fill the world with YURI!
Our first release, "TITLE HERE", is a classic rom-com with a yuri twist!

With artwork by the internationally-acclaimed illustrator DSmile

it's a yuri game for the whole world! 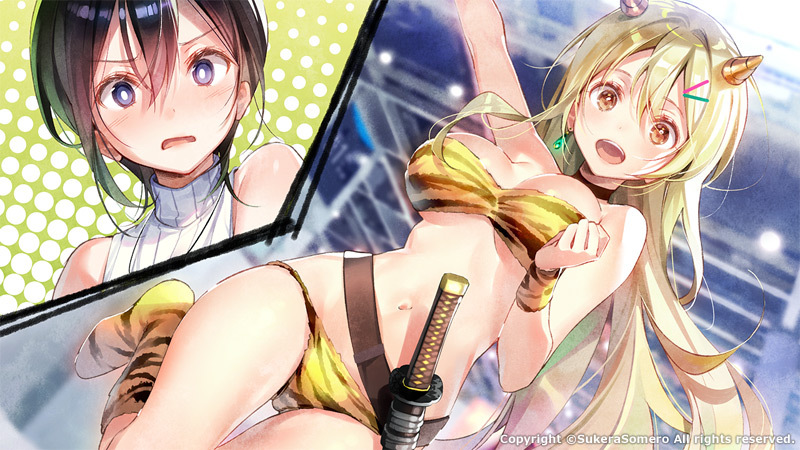